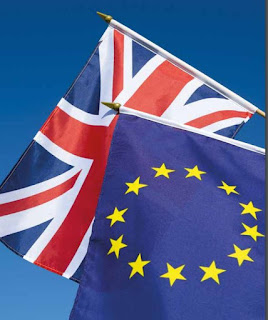 It not a question of who wins – it is question of damage limitation for both the UK and EU. Both parties will lose benefits.

For copies of the Agreement and further analysis CLICK HERE

We are out of the European Union and I hope we can now start repairing all the damage which has been done to our trading and social relationship with our partners in Europe over the last 4 years but it not a question of who wins – it is question of damage limitation for both the UK and EU. Both parties will lose benefits.

Hopefully, we can now move away from isolationism and division and start working with people rather than against them. Hopefully we can concentrate on building a global sustainable economy meeting the climate change challenge where peace, humanity and the health of communities are given high priority.

This whole Brexit business extending over the last 4 years has been a massively unnecessary interruption to successful business and commerce as well as to peace, security, stability, and the development of a sustainable future. We need to prioritise the conservation of our environment working towards the elimination of greenhouse gases in the planet's atmosphere. The people of the United Kingdom had to vote in a referendum whilst they were being assailed by false statements extolling the benefits of leaving the European Union. The UK Government has seemingly conveniently forgotten all of the mistruths that were put out in 2016.

And why are we leaving the UK's biggest economic partner in the world? Nobody from this UK Brexit Government or the Leave Campaign are repeating the lies which were put out in 2016, – no, they are saying it is all because we need our 'sovereignty' back! Effectively this means that the UK Parliament will now make the decisions about what's good for Britain. But that's a worry in itself. Our Parliamentary voting system is archaic with its First Past the Post voting system. Basically, this means a single party can 'win' an election without the majority of voters supporting them. In the last election in 2019 the Conservatives got 43.6% of the votes but won 56% of the seats. That 13% difference means to say that whatever a small bunch of Tories think (the Cabinet) will effectively be how we are governed in this country. That doesn't make me feel very comfortable. I would rather have the checks and balances of the EU where our ministers jointly make decisions with the rest of the EU ministers, where our European members of Parliament jointly make decisions with elected MPs from all over Europe. I would rather have stable five-year expenditure and environmental programmes based on the precautionary principle rather than the chaotic piecemeal decision which often comes out from Downing Street.

But beyond this there are real worries as to the logic of the UK government in coming out of the European Arrest Warrant and leaving Interpol. Why? We also leave the Erasmus University exchange student system. Why? It was a great system to help our students not only get the best education but understand how things are done in other countries. If it was good enough for the monks of the Middle Ages why isn't it good enough for our young people in the UK?

The UK loses the freedom of movement so it will no longer be possible to easily go work in another country in Europe. Many businesses are international, and the freedom of a movement principle helps them as well as helping the individual get the best job for them and their family. Our UK government have abandoned the concept of equivalency in professional services. For example, it will no longer be possible for nurses and doctors to have their qualifications automatically recognised in Europe and vice versa.

As we move into this new era, I think the gaps caused by our exit from the EU will need constant attention and will lead to difficulties for our businesses and workers. A disaster has been averted but that doesn't mean to say this Agreement can replace all the benefits we had by being part of the European project. Our departure from the EU is a win for people like Putin but it's not a win for the people of the United Kingdom.